Back in December of 1996, when I was struggling with how to handle driving a nitro-methane burning, 260 mph, dragster, the owner of the car (Tak Shiramizu, who was my "second father", and who taught me everything about building a race car, and had me drive several of his race cars, the latest of which was this dragster) walked up to me one day and said: "I think you need to go to driving school to learn how to drive a dragster."

Well, having been driving race cars since high school, I was a tad miffed at his suggestion. But I also knew, from long experience with Tak, that this old man knew his stuff, and that there was typically way more to his suggestions than just the surface would show. So, I swallowed my pride, and without hesitation, picked up the phone and enrolled in Frank Hawley's Drag Racing School in Gainesville, Florida, and make plane reservations to fly there right away. 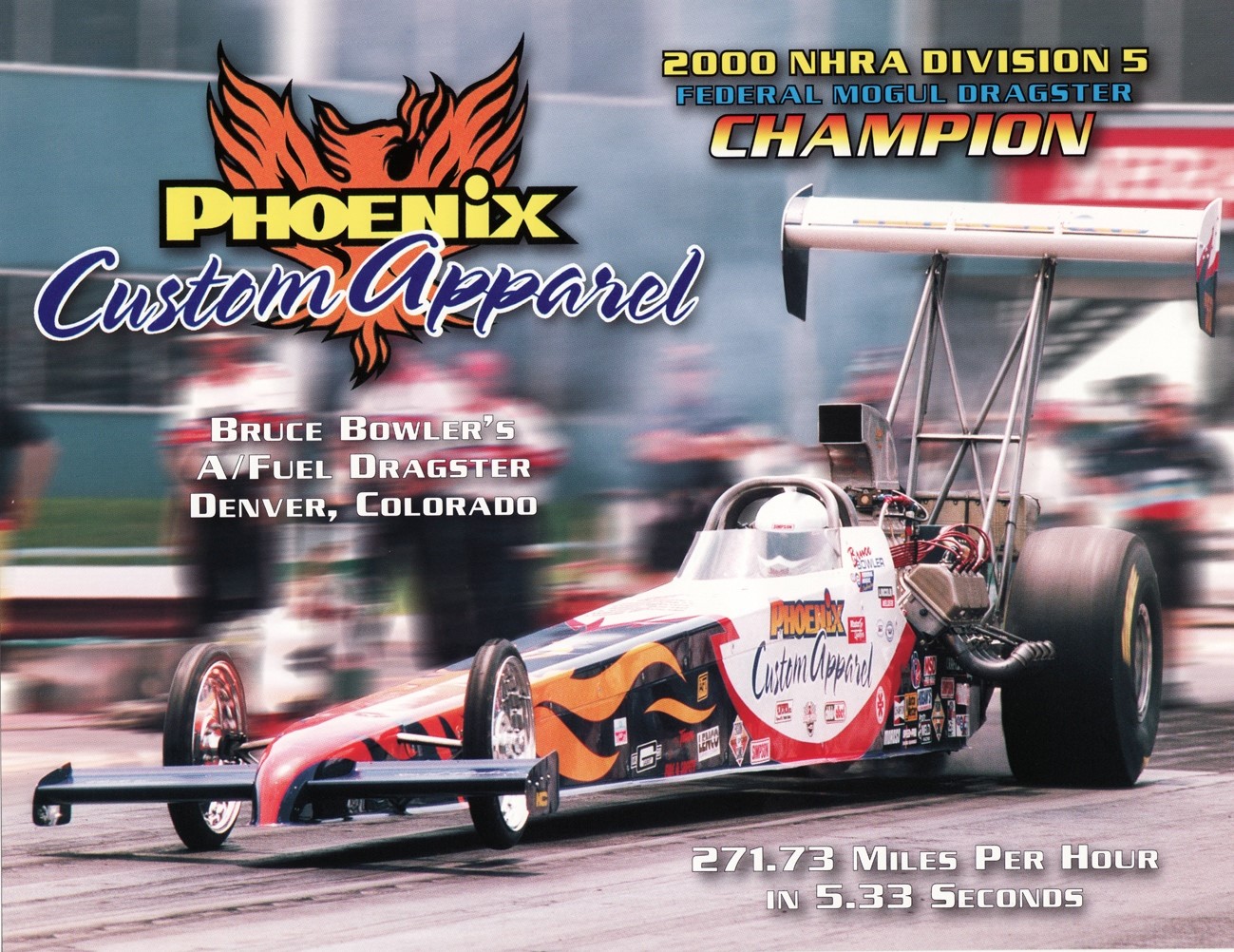 What an awesome experience!

Frank Hawley, a renowned drag racing champion driver, who drove the most powerful cars ever to go down the quarter mile track, was an outstanding instructor. Just to give you an idea of the quality of his school, one of the students in our class was Ray Evernham, the Crew Chief of the Hendricks Motorsports NASCAR race car that Jeff Gordon drove. Ray and I were having a meal together and I asked him why on earth he was here learning how to drive a dragster. His response: "I want to be able to tell my driver(s) that I went faster and quicker than any of them did." I got that. He was an excellent student and driver, and was presented with his NHRA License to drive a Top Alcohol Dragster at that school.

We started out in the class room. Frank took us through a lengthy instructional prelude to our climbing into an actual supercharged, alcohol burning, 260 mph dragster, all to prepare us for the time we would actually put on a firesuit and helmet, and get strapped in, and launch the car off the starting line. I learned more than I ever would have imagined in that classroom.

Then we went outside to the track, put on our safety equipment, and got after it. Our first assignment was to just do a burnout, back the car up, stage it, and launch it (meaning when the lights on the starting line tree went green, smack the throttle down on the floorboard all the way, and hang on for dear life as the car accelerated off the line from zero to perhaps 80 mph in less than a second, then lift). We were supposed to only go 300 feet, then "lift" off the throttle, and idle on down the track. We had to do that successfully, with the car clearly under control, twice, before we were allowed to take the car further down the track, and ultimately, make a full quarter-mile pass.

When I smacked that throttle on my first run, my head went straight back, and all I could see was the clear blue Florida sky. Period. Yikes!!!

Then, I got my second chance to do better. And, once again, back went my head and all I could see was sky. Afterwards, I thought: Do dragster drivers actually drive these cars without being able to see where the hell they are going? If they do, they are nuts!! And, I'm not going to do that.

So I went back to the hotel that night pretty down. I thought about stealing a towel from the hotel and sticking it behind my head, but decided that probably would not work so well. Then I reviewed my notes from class, and found the key I was looking for: It had to do with conscientiously holding your head down prior to doing the burnout and launching off the line and going down track. I decided I would try that the next morning, and if that worked okay I'd keep going with making runs; if not, I was going to bag trying to drive one of these beasts.

So, the next morning, after our classroom work and I was now seated in the cockpit, I put my chin down on my chest with all the strength I could muster, and did my burnout. Whoa! I could actually see the track, and where the car was going. Encouraging!! I backed the car up, then pulled it into the staging beam, all the time securely holding my chin down on my chest, and when I smacked the throttle, the car took off like a banshee, BUT I COULD SEE EVERYTHING!!! My head did not snap back, the car went straight, I could see the track and the cones where I was supposed to lift at, and it was an absolutely awesome experience.

From then on, it went just like it was supposed to, and when I left I was only one run short of getting my NHRA license, which I got at the next race I attended when I did my final driver's license run going full blast for the whole quarter mile.

After the school was concluded, I walked up to Frank and told him of my trouble seeing the track, and that I had almost quit because of that. All he said was: "Well that would have been premature, wouldn't it."

So, what does this have to do with building self-confidence?

When I was at the school, someone at Channel 7 in Gainesville found out that there was this old guy (me) attending this driving school, trying to take a car down the track at over 200 mph, so they came out there with a film crew and interviewed me and some of the other students, and Frank. In that segment they put together, they commented on the statement that Frank made that a fair number of his students were corporate executives who took the class to gain confidence.

The premise was that if you could take a car like that down the track from zero to 250 plus miles per hour, and pull the parachutes at the end of the track, and bring the car to a safe stop, then what could you face that would be scarier than that???

I saw that interview, and heard that comment, and thought, Yes! How true is that!

And, many a time, when I was going into a meeting with a banker trying to negotiate a multi-million dollar line of credit for our mortgage company to use to close loans, or any other meeting or situation that I felt anxious about, I remembered Frank's comment, and said to myself, if I could take that car down the track, face the risk of what could happen, do all the things needed to get the run done, what in the world could the people that I was about to face in a meeting or situation do that would top that?

And, in fact, it did help me in facing whatever came my way.

So, what's the lesson here?

You take a risk, and overcome it. Courage is built when you combine risk with doubt. Building courage builds self-confidence.

One more of the many benefits that came from attending and graduating from Frank's school: In January, the next month after attending the school, I was at Firebird International Raceway in Phoenix, Arizona, testing the dragster, and when I did my burnout, and had put the car into reverse to back the car up to get back to the starting line, something bad happened to the motor, and all of a sudden it went to full throttle. Because of the training I had received just the month before, I was very calm and collected. I pushed in the clutch, pulled on the brake to hold the car in place, put the car in forward gear, just in case the clutch heated up and I were to head backwards into the starting line where a multitude of cars and people were standing, pushed all the right levers to shut off the fuel and ignition, none of which killed the motor, and just sat there until my crew could come up and somehow shut off the damn thing. My son, Scott, came running up, and seeing that I had done everything right, without hesitation reached down behind the driver's cage and pulled the electrical wires off the two 44 amp magnetos that were firing the spark plugs, and killed the motor.

Six months later, that exact same thing happened to a young lady driving one of the same A-Fuel Dragsters like I drove, at a track in California, and wasn't able to get her car under control. She went down the track at full power and crashed, and killed herself.

I attribute the fact that we were able to get through our mishap the way we did, and that no one got hurt but the motor, to my attendance at Frank Hawley's school.