In life and in business, risk is just one more thing to overcome.

Eddyville Raceway Park, in Eddyville, Iowa, is an eighth mile drag strip, as opposed to the normal one-quarter mile race track that is the "standard". Because of that, the driver's reactions need to be especially tuned, as, in the case of our race car, the finish line is just 3.6 seconds away from the starting line, and at over 200 miles per hour, the parachutes need to come out quickly to be able to get the car slowed down to make the turnoff.

It is a great place to race, and we were booked in as a featured racer many years in a row. We always had a great time there, and it was a treat, almost like a vacation, to be able to not have to worry about winning or loosing, just putting on a great show for the spectators.

My son, Matt, went with us one year and took volumes of film. He edited it down to a 22 minute piece, and then by request, came up with this 11 minute video that depicts the very essence of drag racing like no other means can provide. Enjoy the trip. 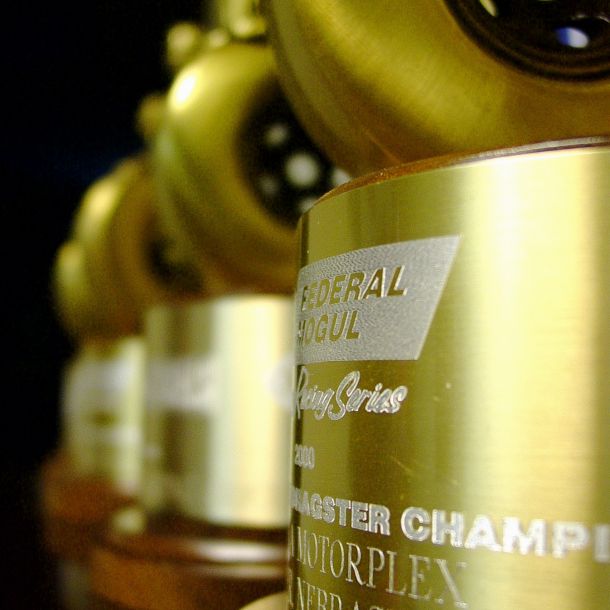 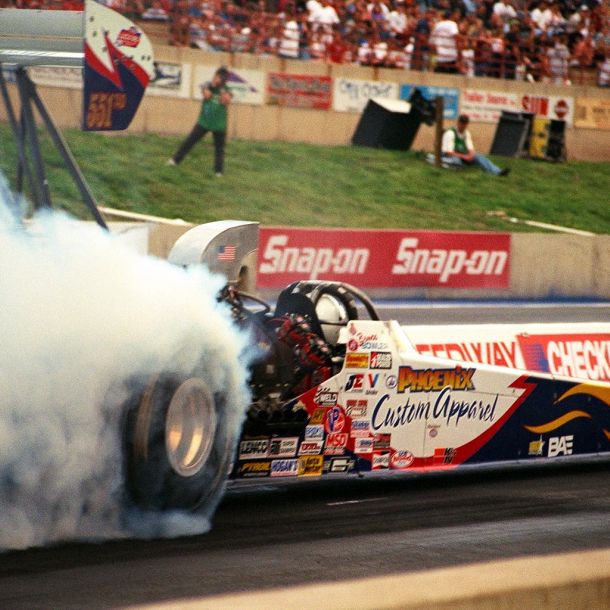 The beginnings were, in fact, very humble for this racing team. Our crew, consisted of Scott Bowler, Crew Chief, Terry Phillips, Second in Command / Co-Crew Chief, Chris Bowler, Mike Bowler, Mary Bowler, and over time included others like John Schillinger and Gary Shiramizu.

Tak Shiramizu was our mentor, personally for me, and for Scott. His influence was ever present.

Yet with all of the years of experience and talent represented by this group, because of the unique intricacies of a naturally aspirated, nitro-methane burning, motor, it took us two years to get the car down the track, from one end of the quarter mile to the other, under power. We blew up more motors and trashed more parts on the way there than you can imagine. We turned over every rock, however, and eventually began to creep up to the performance we all knew was there, just waiting to be found.

When I began driving for Tak, I drove the car that he had built for his son, Gary. Gary was much smaller than me, and I could barely fit into the driver's cockpit. I had to literally wrap my hands backwards to be able to manage holding on to the steering wheel.

We then had Bobby Hanson out of Southern California build a car that was built for me. I would go out to Bobby's shop, and sit among the pieces of aircraft tubing that was to become the chassis, and get measured, so that the car would be a good and comfortable (as much as possible) fit. That changed everything.

We then bought a couple of motors from Jerry Darien, and that catapulted us right into the thick of things. We became competitive, Then Scott took Jerry's motors and motor combinations to a whole new level, with his ability to study, analyze, test, and apply all the different aspects of tuning up this difficult combination, and all of a sudden we became "The New Kids on the Block", where people were asking: "Who are those guys?"

In the year 2000, we won a fiercely fought battle from a tough Texas team, where we literally had to win the final two Division races of the season to be able to take away the championship from their team who had led the Division the entire year. We won the race in Noble, Oklahoma and followed up with a win at Firebird in Phoenix, Arizona, and against all odds, and most everyone's expectations, came away with the Division Championship.

We ended up the season 8th in the nation in the Federal Mogul Dragster category.

In 2001, we took our first, and only, National Championship, when we cruised to victory at Brainerd International Raceway, in Brainerd, Minnesota.

It took a lot of blood, sweat and tears, and a pot full of money, but we achieved the one thing all racers look to attain: respect. And, fortunately, won our share of races along the way.

It was an experience I'll never forget, and be forever grateful for. 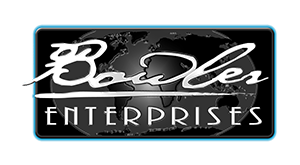